Posted by Sally on January 29, 2012
As promised here's part 2 of my 2012 year end project.  Yes you read that right - 2012.  I've been crafting with the end of the year in mind!  I'm not crazy - well maybe a little.  It's part of my new tradition of focussing on dreams for the year.  In addition to the card to my future self that I shared with you earlier this week, I also created a time capsule to be opened at the end of the year.

My goal in creating this capsule what to create a box of hope for the future.  Something, that when opened at the end of the year will help me to reflect on how far I have come in the year.  I've filled it with things that represent some of my goals. Things that I want to achiever personally.  Items that represent the kind of person I aspire to be.  It's extremely personal so I'm not going to share everything that I put in here - but here's a snapshot of the box itself. 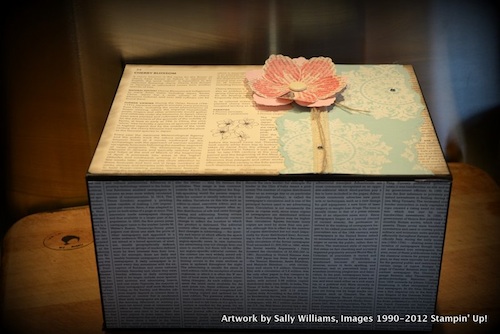 I upcycled a tea2 box that I had at home (see below).  It was just a little sturdier than what I could make from scratch - and a lot bigger. 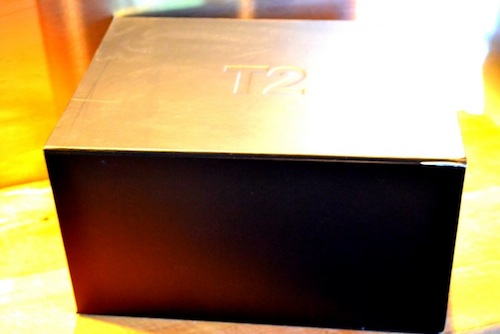 I used some designer series paper, some stamped embellishments, a bit of lace and twine, and hey presto - an up-cycled dream box. 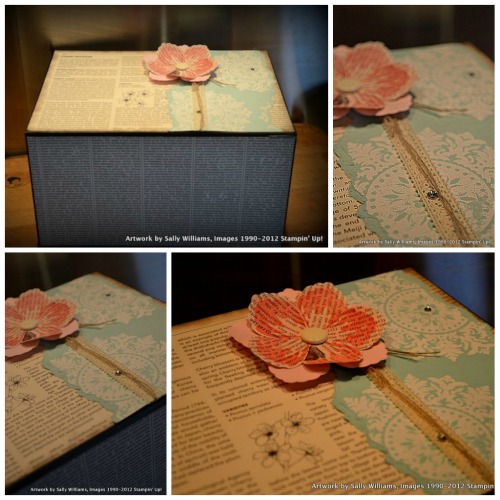 Now to go and fill it with my hopes and dreams for the future.

Thanks for stopping by. 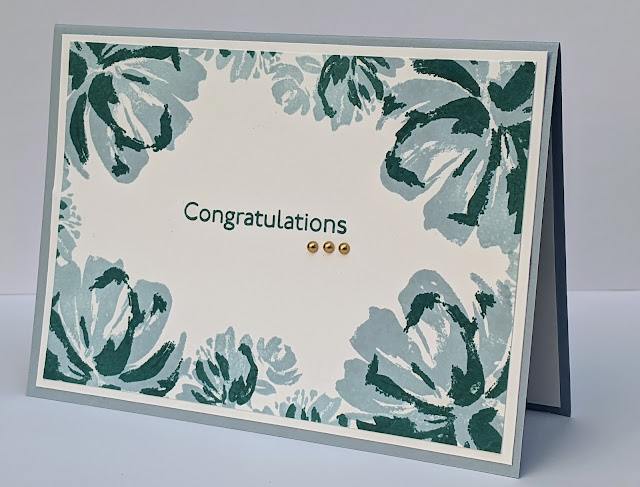 The pandemic has taught me many things this past year. It's taught me what's really important. It's taught me to focus on what really matters. It's taught me how truly generous and wonderful my friends are. And it's taught me that no matter the circumstances it's important to celebrate the little things and find joy in moments.  Here's two cards I made to celebrate the small things using the Art Gallery stamp set. As I mentioned in my last post , this is a two-step stamp set which means you can uses colours to really bring depth to the flower images you stamp. In this case I've used coordinating colours of shades of blue, but you could use contrasting colours to really make a pop.  For this card I used heat and stick powder to add some gilded leaf to the hero image to make it pop.  Here's to celebrating the small moments that matter and making memories together.  If you want to get started on a new hobby or restart your passion for card making th 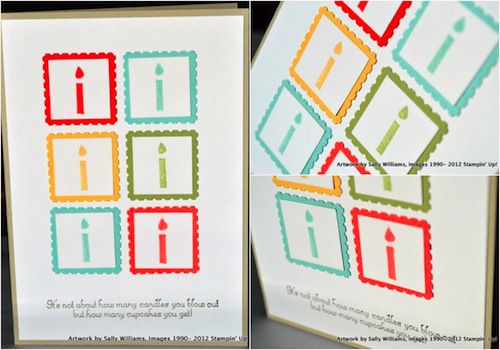 Last week it was my hubby's birthday.  We had several celebrations including a very special bottle of wine last night.  It seems like there are a lot of birthdays around June & July and I'm constantly making birthday cards for people.  Here's a really simple one I made recently that only took about 5 minutes to make.  I love that it was so quick and easy, but looks great. The thing that made creating this card a dream is the coordinating punches.  After stamping multiple images of the candle I punched out the white card squares which fit perfectly inside the coordinating stamp punch.  It would be really easy to customize this card too by changing colours or the number of candles placed on the card. I think I'm going to also add some dazzling diamonds to the flame on the candles next time - just to give it a bit of bling. If it's your birthday this month, I hope you have a wonderful day and celebrate in style with your loved ones. Happy crafting. S 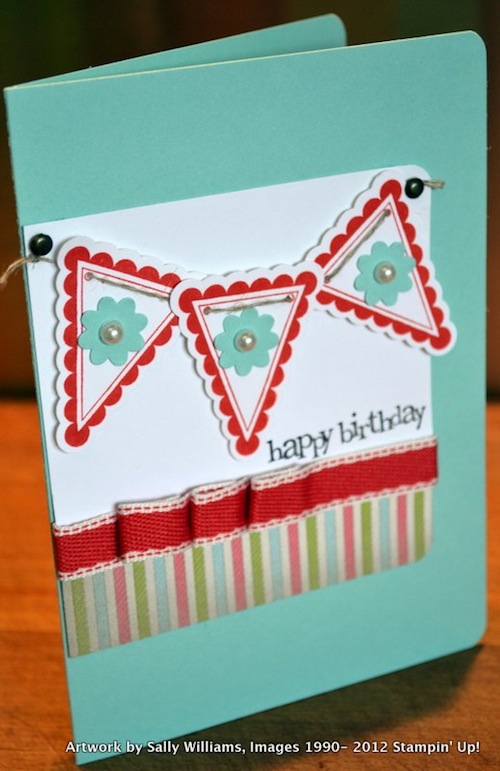 Do you ever have one of those months where it seems like there is a birthday every week?  Sometimes almost every day?  I have those several times a year so always like to get ahead and have some birthday cards on hand - ready or any occasion.  Here's one of the ones I made recently. I'm really happy with how it came out.  It's simple but striking with the few embellishments I used - pearls, ribbon, brads.  I also rounded the corners on both the card, and the layers to give it a nice retro effect. It's always good to have a note card on hand.  If you need to stock up why not head on over to my store  www.madeit.com.au/SallyCanCraft  and grab one.  This card will be up there soon. Happy crafting. Sally